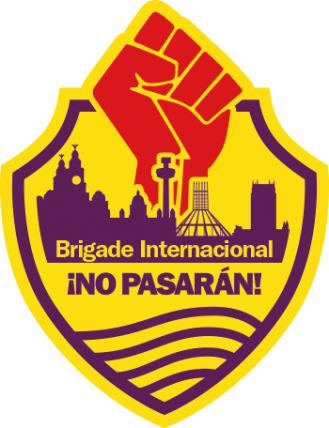 If you share the aims and aspirations of City of Liverpool FC, you can become a member of our Brigade International.

An international annual membership costs £15 and gets you absolutely nothing tangible, except belonging to the Supporter Culture of City of Liverpool FC.

We are a socialist orientated, supporter owned football club that exists to win success on the football field for the people of Liverpool and to provide community outreach to the less fortunate people in our City.

If you share those aims and aspirations, you are more than welcome to join us spiritually or physically.

You can become a member by clicking here

Below is the list of the current members of Brigade International: 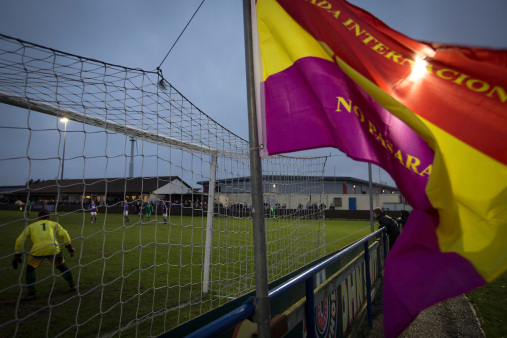 The Brigade Internacional Flag flies at every COLFC home game

Recently Peter Carter of Perth, Australia contacted the club offering to mould together the members of Brigade Internacional in an effort to provide support and assistance to local children in attending COLFC matches.

We have subsequently set Peter up with a club email address and he is now in contact with all members of BI and has made suggestions to all of them about the purchase of season tickets for next season for local Adults in order that they can attend games and bring thier children along with them.

So far Peter has obtained commitment from 8 other members to each purchase an Adult Season Ticket, so that is £900 so far raised for the club to support local children.

We will be liaising with COLFC member Kevin Morland shortly, who operates the local charity An Hour For Others and who regularly sponsors local families for programs like this.

In the meantime, we'd like to thank Peter and all of our overseas supporters for their outstanding commitment in helping COLFC deliver its aims and in recognition of this, we have had club graphic artist Dave Marsh creat the official COLFC Brigade Internacional badge (seen at the top of the page).