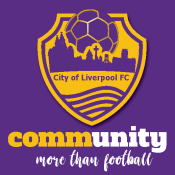 City of Liverpool FC will be joining football clubs across the country this weekend (21-22 April) to celebrate the contribution refugee players make to the beautiful game, as part of Amnesty International’s Football Welcomes initiative.

Football Welcomes, a weekend of action now in its second year, highlights the role of refugee players in UK football - from a group of Spanish Civil War child refugees who sailed from Bilbao to Southampton in May 1937 and went on to play professionally here in the 1940s and 50s, to the likes of Arsenal’s Granit Xhaka, Stoke City’s Xherdan Shaqiri and Manchester City Women’s Nadia Nadim today.

Supported by a range of Premier League clubs, the English Football League and the FA Women’s Super League, as well as grassroots and non-league teams, Football Welcomes also aims to highlight the important role football clubs can play in welcoming refugees and promoting integration.

To mark Football Welcomes, City of Liverpool FC 1st team players will be wearing Amnesty International T-Shirts during the warm up for our home game with AFC Darwen on Saturday 21st April, KO 3pm.

COLFC in the Community runs regular football sessions for refugees and people seeking asylum, which occur every Sunday at Everton Park Sports Centre.

Purps Chairman Paul Manning says “COLFC as a football club is very proud of our #football4everyone scheme and the work that COLFC in the Community does with refugees and asylum seekers coming to the city.

Liverpool as a city has a proud tradition of welcoming anyone who wishes to make Liverpool their home and as a port city, we are undoubtedly a melting pot of cultures and nationalities. We are all immigrants to some degree.”

Many other clubs around the country will be taking part in the Football Welcomes weekend - giving free tickets to a match for refugees and people seeking asylum living locally, arranging player visits or stadium tours, or organising a match or tournament for refugees and asylum seekers in their community programmes.

“We are delighted that City of Liverpool FC are taking part in Football Welcomes this year. With so many clubs across the country participating, the message from football is clear - refugees are welcome in the UK. At a time when hate-filled rhetoric so often fills our newspapers and social media timelines, this shows that there is another story to be told.

“Violence and persecution around the world are forcing people to flee their homes and look for safety in communities elsewhere, and a small number make it to the UK. Football can give people a sense of purpose and belonging, and football clubs are at the heart of our towns and cities and have an important role to play in welcoming refugees and helping to promote respect, understanding and integration.”

Football Welcomes is part of Amnesty International’s I Welcome campaign for a better international response to the global refugee crisis.  The campaign encourages local communities to work together to create a more welcoming environment for people fleeing conflict and persecution.

Football Welcomes took place for the first time last April. That date marked the 80th anniversary of the arrival in the UK of some of the first refugees to play professional football here - Emilio Aldecoa, Sabin Barinaga, José Bilbao, Raimundo Pérez Lezama, and brothers José and Antonio Gallego. They were unaccompanied child refugees from the Spanish Civil War, evacuated to the UK after the bombing of Guernica on 26 April 1937.

Since then, refugee footballers have been making their mark on the game in the UK. Among them are Chelsea’s Victor Moses who arrived in the UK from Nigeria in the early 2000s as a child seeking asylum, and Arsenal’s Granit Xhaka, whose parents were forced to flee persecution in Kosovo, and Liverpool defender Dejan Lovren who escaped the Balkan conflict to safety in Germany in the early 90s. Motherwell’s Gael Bigirimana, who like Stoke City’s Saido Berahino, fled the civil war in Burundi, again in in the 1990s, while the families of Bolton Wanderers’ former midfielder Fabrice Muamba and Crystal Palace striker Christian Benteke escaped persecution in Zaire (today’s Democratic Republic of Congo), and the family of Manchester City Women’s Nadia Nadim fled to Denmark from Afghanistan after her father was killed by the Taliban.

We have been nomintaed for an award at the National Diversity Awards 2018 for our Football For Everyone scheme working with refugees and asylum seekers in Liverpool. You can vote for us here. 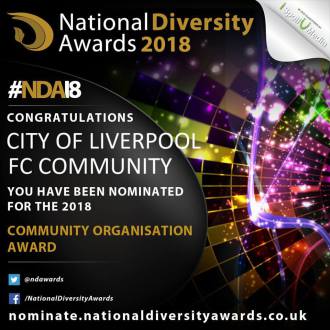 15th April Man Of The Match

A great performance today by one of our star midfielders Bash or Bashir as he's known, who was our man of the Match this week. Well done Bash! 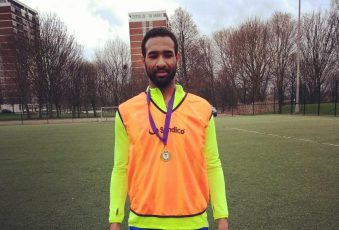 8th April Man Of The Match

Our first ever player of the week medal goes to Mo or Big Mo as he is known to us all! A fantastic defensive performance for his team and was like a rock at the back of the defence, well done Mo!! 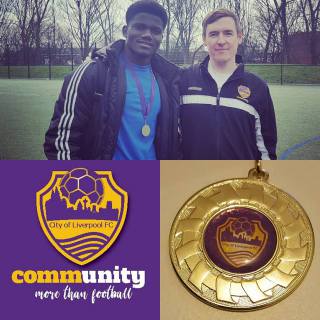 Absolutely fantastic support from everyone last night, thank you all so much, the players, the fans and everyone at the club. We collected well over 50 different items last night for our football for everyone scheme as well as an amazing £248!!

This will not only secure our future but will enable us to get more people playing football and socializing who sadly do not have the funds or equipment to do so, be they unemployed, homeless, refugees or asylum seekers.

What a city we live in and what a club!!! 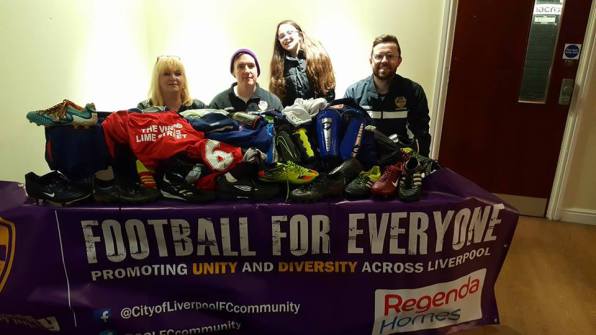