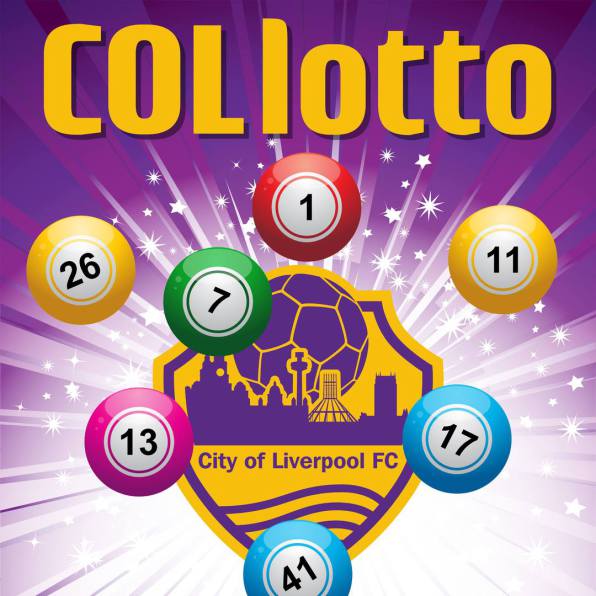 Don't forget you'll keep the same number so please ensure your next payment is in before this date otherwise if you dont and your number is drawn you wont win and you'll have missed out on the £500 prize. Please see below for rules and contact details.

You can now pay for your COLlotto numbers automatically using the Paypal Subscription Button below. Simply choose the amount of numbers you wish to pay for each month and the money will be automatically deducted from your Paypal balance each month.

The winner for Septembers COLlotto draw was made and the winner was Mike Caulfield with no 23 so congratulations to him on scooping the prize jackpot this month.

The next draw for COLlotto is scheduled to take place at half time during the last game of the October which is on Sat 27th when we visit West DIdsbury & Chorlton.

The draw for Augusts COLlotto was made at half time during our home game against Runcorn Town and the winner was picked out by Hallmark Security League Chairman Paul Lawles. He selected No 7 as the winner so congratulations to Partisan Danny O'Hare on scooping the prize jackpot this month.

The next draw for COLlotto is scheduled to take place at half time during the last game of the September which is on Sat 29th when we host Winsford United.

During the half time break in our final preseason friendly game away at Witton Albion, Julys draw was made by "Crouchy" of our hosts and the winning number #272. That means that this months prize jackpot goes to Danny Atkinson.

The next draw for COLlotto is scheduled to take place at half time during the last game of the August which is on Fri 31st when we host Runcon Town.

The close season COLlotto was drawn on Friday 22nd June by former player Anthony Brown and the winning number #181 owned by John McDermott who wins £500.

The next draw for COLlotto is scheduled to take place in the last week of July at a date TBC so please get your payments into Andy Lavin at any one of our Pre-Season fixtures starting at Vauxhall Motors on 3rd July.

Our game against Abbey Hey was the last home game of the month so at Half Time the draw was made for April’s COLlotto! The draw was carried out by Steph from behind the bar and the winning number selected was No 145 so congratulations to Andy Irwin on scooping the big prize this month!

The next draw for Mays COLlotto will be carried out at Grand Central Hall, during the End of Season Party on Friday 1st June - so keep an eye out on social media and on the news page for ticket details!

The Club has started a lottery game, with 300 numbers each month available at £5 with the draw being made at Half Time in the last home game of each month. After a long hard Winter with over 20 postponements so far, the funds generated will be used towards the running of the club for the remainder of the season, but moving forward the funds generated each month will be used towards #ProjectL10.

The prize each month is a whopping £500, so not only will you be in with a chance of picking up a massive boost towards summer holidays, Christmas presents etc, you'll also be helping towards getting the club we all love it's own home!

Each draw will take place at HT during the last Home game of the month (Apart from both MAY and JUNE which will be held at the End of Season Party and the Club's AGM respectively).

All 300 COLlotto numbers have now been allocated and you will keep the same number each month. Should anyone decide they no longer wish to continue or as per Rule 3 above, a number is freed  up, then the numbers will be made available on a first come first served basis.

For any issues or to be added to the waiting list for a number then please contact Andy Lavin on andrewlavin31@hotmail.com

The first draw took place on 26/3/18 at Half Time during the 1874 Northwich home game and the winning number drawn out by Purps ex-striker Jamie McIlroy was #155. So Gary Size won the inaugural COLlotto £500 cash prize - and then duly donated £100 to Amanda Manning's charity abseil in aid of The Owen McVeigh Foundation. Well done Gary!

The next draw is due to take place on 24th April at halftime during the home tie against Abbey Hey. The May draw will be done at the End Of Season Party (date tbc) and the June draw will take pace at the Clubs AGM (date tbc).